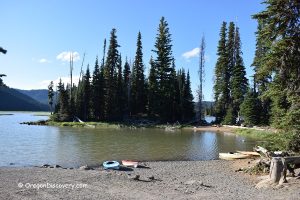 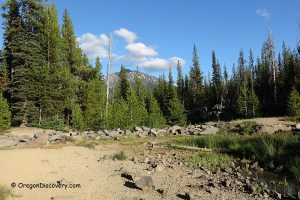 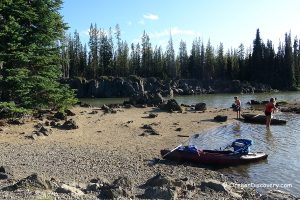 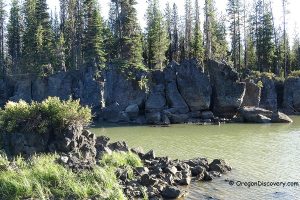 One of the dozens of stunning high-altitude Cascades lakes, Sparks Lake is located right off of Cascade Lakes Highway about 27 miles west of Bend at the northwest side of Mount Bachelor.

Three picturesque peaks including South Sister, Broken Top, and Bachelor Butte are visible from the lake.

Sparks Lake was created roughly 10,000 years ago because of lava flow from erupted Mt. Bachelor Volcanic Chain separated the upper part of the Deschutes River. You can still notice volcanic origins of the landscape by the variety of lava formations around the lake as well shore’s lava edges.

The first recorded visit of European pioneers to the lake was by the Pacific Railroad survey party which was searching for the mountain pass. The name of the lake comes from the central Oregon pioneer cattleman, Lige Sparks.

While moving across the meadow part of the lake, be mindful of hidden water channels. Stepping in one of those might lead to injury.

Sparks Lake Day-Use Area & Boating Site is located on the east side of the lake. There are a boat launch and picnicking sites. Sparks Lake Trail and Ray Atkeson Memorial Loop Trail can be accessed from this site.

The lake consists of south and north portions connected by the half a mile long channel. The lower lake is better for catching larger fish while the channel is better for smaller fish. Fly angling is the only type of fishing allowed. The southern portion of the lake is surrounded by lava flows, which make access difficult except by using a 2.5-mile trail starting by the highway. The boat is the easiest way to access the entire lake.

Motorized and non-motorized boats are permitted on the lake, but the maximum speed limit is set for 10 mph. The boat ramp is available but be advised that during low water closer to the end of the season boating might be difficult or outright impossible.

Lake’s main fish is cutthroat trout, however up until 1997 it used to be a brook trout fishery. You might still be able to catch a brook trout.

Nature viewing can be another pastime of the visitors. Blue sky contrasts with green forest and beautiful meadows contrast with the body of water. Sparks Lake and the surrounding area is a home to a variety of flora and fauna of the pacific north-west. Black deer, birds of prey such as golden eagle, woodpeckers, California gull, silver fir, white fir are just of a few examples of nature of the lake.

While Lake Sparks gives great swimming opportunities, due to the high elevation water can be cold until July or even August, depending on the air temperature.

Early summer on the lake is characterized by an abundance of mosquitoes and flies, so repellent along with other protective measures is a good idea. 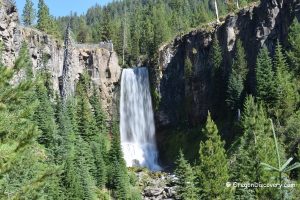 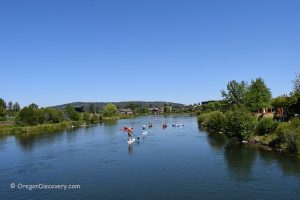 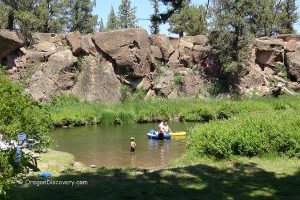 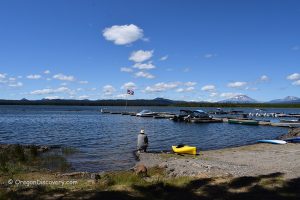 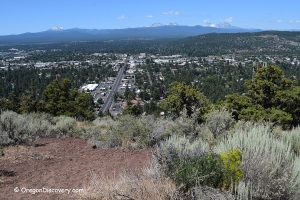 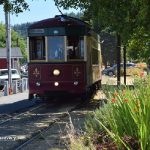