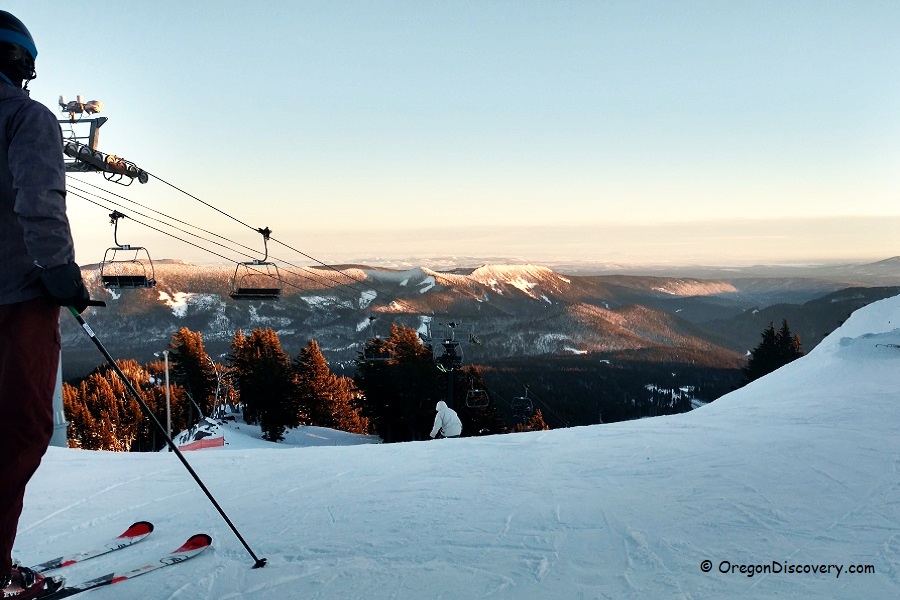 The highest mountain in Oregon and the fourth highest in the Cascade Range, Mount Hood is located about 50 miles (80 km) east of the Portland metropolitan area. The mountain serves as a major contributor of water, scenic, and recreational resources sustaining the agricultural and tourist sectors of the surrounding communities.

The height estimates of Mount Hood fluctuated throughout its history, and the actual changes in elevation due to mild seismic activity are not the only reason for that.

In the past, the height estimates varied considerably – from 10,000 feet (3,000 m) estimated by early explorers, to 19,400 feet (5,900 m) estimated by a Mr. Belden, who claimed to have climbed the mountain. At some point, Mt Hood was even considered the highest peak in North America.

Mt Hood's peak is covered by 12 named glaciers and permanent snowfields with the total area of around 5 square miles (13.5 square km). Summer meltdown of glaciers and seasonal snow packs provides irrigation to the Hood River Valley well-known for its fruit orchards.

The Multnomah tribe called the mountain Wy'east. One of the legends tells about Wy’east and Pahto, the two sons of the Great Spirit, who engaged in a severe battle for the affections of the beautiful Loowit. The enraged Great Spirit turned all three into mountains -- Pahto into Mount Adams, Loowit into Mount St. Helens, and Wy’east into Mount Hood.

The present-day name dates to 1792, when Lt. William Broughton, a member of Captain George Vancouver’s expedition, named the mountain after the British Admiral Lord Samuel Hood.

Mount Hood is Oregon’s volcano most likely to erupt within the next 30 years. The probability is estimated between 3% and 7%. Like the infamous Vesuvius (responsible for the destruction of the ancient Pompeii), Mount Hood is a stratovolcano built by multiple layers of hardened lava, tephra, pumice, and volcanic ash.

Mount Hood is more than 500,000 years old. The volcano has grown in fits and starts, with periods of frequent eruptions followed by dormant periods. The last major eruption happened in the 1790s. Crater Rock, a 550-foot lava dome on the mountain’s southern side, serves as a reminder of those events.

In 1806, explorers Meriwether Lewis and William Clark came across a wide and shallow river with the bed “formed entirely of quicksand”. They named it Quicksand River, which later became Sandy River. Mount Hood is the reason, why the contemporary narrow and relatively deep Sandy River is so different from the description provided by Lewis and Clark. Huge amounts of rock and sand resulted from the

1790’s eruption ended up in the Sandy River and were yet to be removed by the stream at the time of the Lewis and Clark expedition.

Minor explosive activities were reported in 1865, but since then Mount Hood remained relatively quiet. US Geological Survey (USGS) considers the volcano “potentially active” and monitors it closely. Scientists expect the next eruption to take the form of small explosions and growth and the collapse of lava domes, generating pyroclastic flows, ash clouds, and lahars. A significant eruption of Mount Hood would displace several thousand residents and cause billion-dollar damage to property.

Climbing and skiing are most popular from May to Mid-July, a time slot between the avalanche season and the period of serious crevasses and rockfalls. The mountain has six ski areas totaling over 7.2 square miles (19 square km) of skiable terrain, with the Timberline area being the only year-round lift-served skiing location in North America.

Mt Hood is believed to have the most climbed glaciated peak in North America, and 2nd in the world behind Mount Fuji in Japan. According to the Forest Service, from 8,000 to 10,000 people attempt to climb Mount Hood every year. The mountain is also extremely popular among less experienced climbers due to its relatively low altitude, easy approach, and short climbing distances. Even dogs are permitted and frequently make the summit.

Mount Hood Area is well-known for its hiking trails, which vary in difficulty and length – from a moderate and family-friendly 2.7-mile Mountaineer Trail Loop to a difficult 38.4-mile Timberline Trail, which takes you as far as the 7,350-feet elevation and provides terrific views and a unique insight into the geological history of Mt Hood.

• Snow Beach Festival is held during the Spring Break

• Ski For Sunshine takes place at the end of March

Points of Interest Nearby 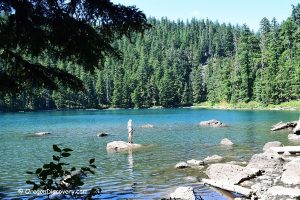 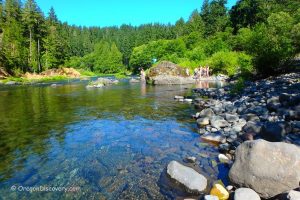