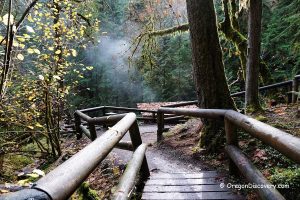 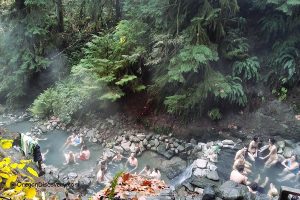 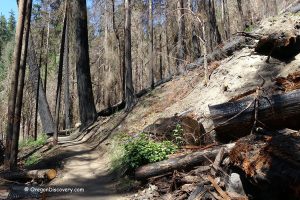 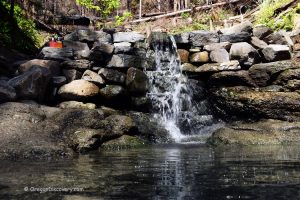 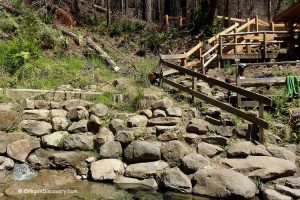 There are some places in this world that once you have visited you would wish to keep it a secret. One travel destination that guarantees to give you this special kind of feeling is Cougar Hot Springs also known as Terwilliger Hot Springs.

This is because the trip will not only satisfy you physically but also take care of your emotional needs. Here is a review of what you should expect when you visit Cougar Hot Springs.

Cougar Hot Springs is located 55 miles or 1 hour 10 minutes from Eugene in the elegant Willamette National Forest, near the Cougar Reservoir. While you enjoy the scenic view of the reservoir, focus on your right and you will see a small kiosk.  There is a parking area on your left. Park your car and walk to the kiosk where you will pay a fee.

After that, you will be free to walk through the fantastic forest for approximately 1/4 mile. The walk is easy and enjoyable as the path is clear and straightforward to follow.

Cougar (Terwilliger) Hot Springs is a magical place of its own that is deeply hidden in the dense natural forest. This means that apart from just enjoying the benefits that come from the hot springs, you will also be able to experience the serenity of a lush and dense forest. You will have the rare moments to wash away all your stress and anxiety. After soaking in the natural mineral water, these feelings will be replaced with an active relaxed state of your mind, body, and emotions.

There are five-tiered pools whose sizes range between 3 and 12 feet across and their depth ranges from 2 to 3 feet deep. The pools are lined with lithified rocks, though sometimes small gravel is used.

Clothing is optional at the hot springs. Glass containers are not allowed here. Alcohol and beverages are also prohibited. Another etiquette that you are encouraged to adhere to while at the springs is not to smoke; this is solely done to make the non-smokers more comfortable.

If you bring your dog with you, leave him or her in a special area for dogs a few yards away from the hot springs.

You can visit the hot springs any time of the year so long as it is during the daytime.

Cougar (Terwilliger) Hot Springs is clean and well maintained to fully cater for your needs without causing you any discomfort.

Like other Oregon hot springs, Cougar Hot Springs was used by Native Americans for centuries. One of the first European settlers, who discovered and started using the hot springs in the 1860s, was Hiram Terwilliger. Almost 40 years later, in 1906, he filed a mineral-rights claim but it was denied by the Forest Service.

The official name of the hot springs is Terwilliger but the springs are mostly known as Cougar because of their proximity to Cougar Reservoir where it is drained through the Rider Creek.

The hot springs were an isolated remote destination until 1960 when the Cougar Dam and paved roads were built by the US Army Corps of Engineers.

After the 1960s, this destination became extremely popular. People began living in the area for weeks and months. From the 1970s to the 1990s, there were hundreds of people camping near the source of the springs. In the summer months, at the same time, it could be over 1,000 people in this area at the same time.

The growth of crowds caused violence, loud night parties, littering, drugs dealing and alcohol comsumption, loitering and panhandling by hippies, and, finally, a murder that occurred in 1996.

In 1998 the Forest Service decided to charge a fee to use hot springs and prohibited camping near the hot springs. The fee system helped to clean and rebuild pools, the restrictions such as a night-closure policy and alcohol ban made this place safer and more attractive for hot springs lovers. 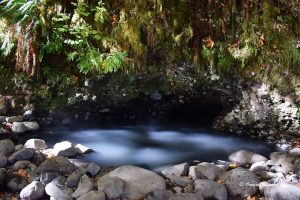 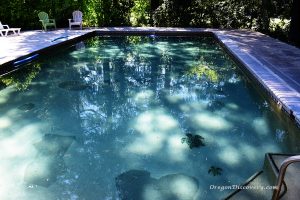 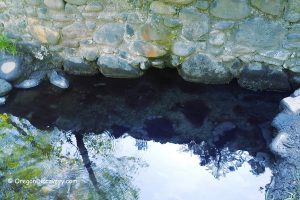 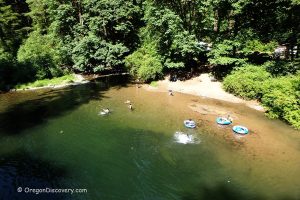 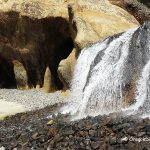 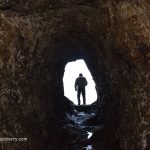 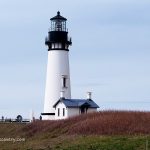 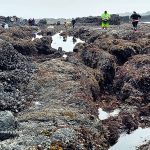